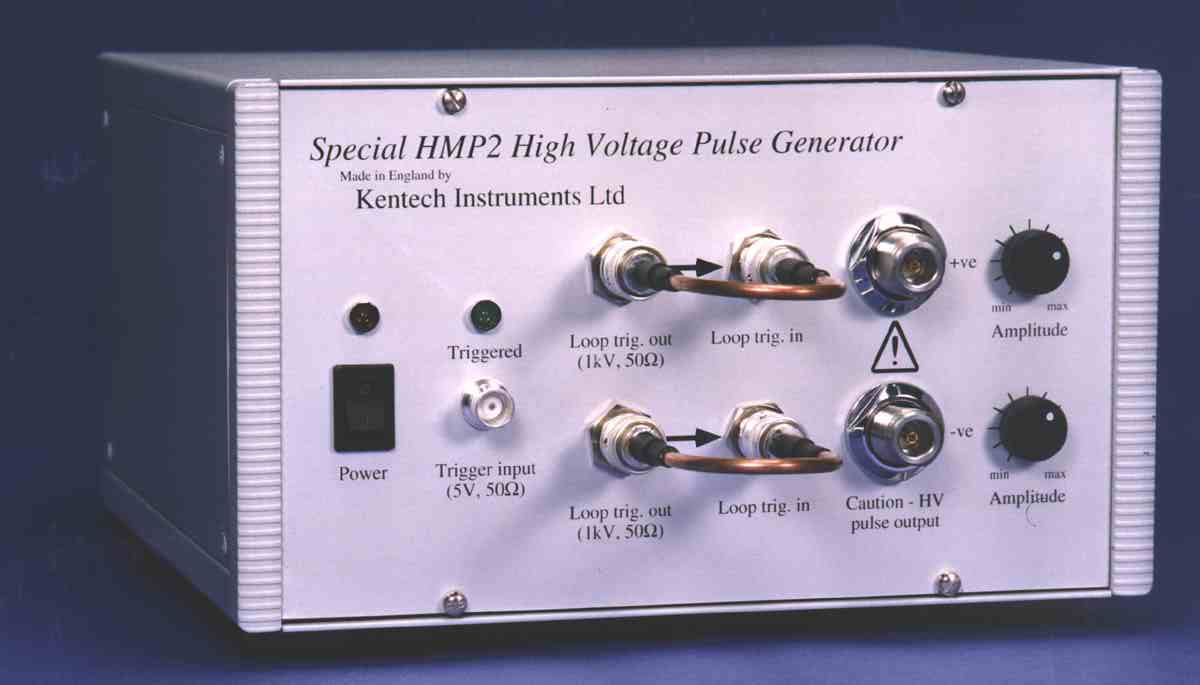 Kentech Instruments Ltd. introduces a new addition to its HMP series of sub-nanosecond kilovolt pulse generators. The HMP2 provides two ultrafast kilovolt pulse outputs of identical or opposite polarity from a single TTL trigger input. Each output has an amplitude of >4kV into a 50Ω load and will withstand open circuit, short circuit and arcing loads. The waveform is a fast rising edge with a 10 to 90% risetime of <100ps, and a slower exponential decay with a time constant of ~5ns. Various shaped output waveforms including rectangular pulses down to 100ps fwhm can be provided.

The trigger to pulse out timing jitter is <10ps rms, and the timing jitter between the two outputs is <10ps peak to peak. The timing delay between the outputs may be varied by +/–10ns by changing timing cables or using an external delay generator. Maximum repetition rate is 1kHz. The unit is fully CE compatible. Options include an internal repetition rate and trigger delay generator, <90ps risetime and various output impedances.>The device is well suited to many electro-optic applications requiring pulse collision or differential driving techniques including driving Pockels cells and sweep plates for electron/ion optics. The two outputs also lend themselves to various pulse transmitting applications including ultra wideband radar and emc vulnerability testing. The architecture is easily extendable to 16 or more channels to drive a phased array antenna or for building into arbitrary waveform generators for laser pulse shaping.